It was known that Megastar Chiranjeevi has to attend the pre-release event of Keerthy Suresh starrer Good Luck Sakhi as Chief Guest, Today. Unfortunately, he was tested positive with mild symptoms despite taking all precautions.

To fill the void, Mega Powerstar Ram Charan will be attending the event in place of his father. Good Luck Sakhi pre-release event will be held today at Park Hyatt. The presence of Ram Charan is a big boost for the team Good Luck Sakhi. And the RRR actor turned the bad fortune into a good one.

The trailer was out and it was entertaining and intriguing. This sports drama features Keerthy Suresh, Aadhi Pinisetty and Jagapathi Babu in lead roles, music is composed by DSP, written and directed by Nagesh Kukunoor.

Good Luck Sakhi is confirmed for the grand release on 28th January 2022. 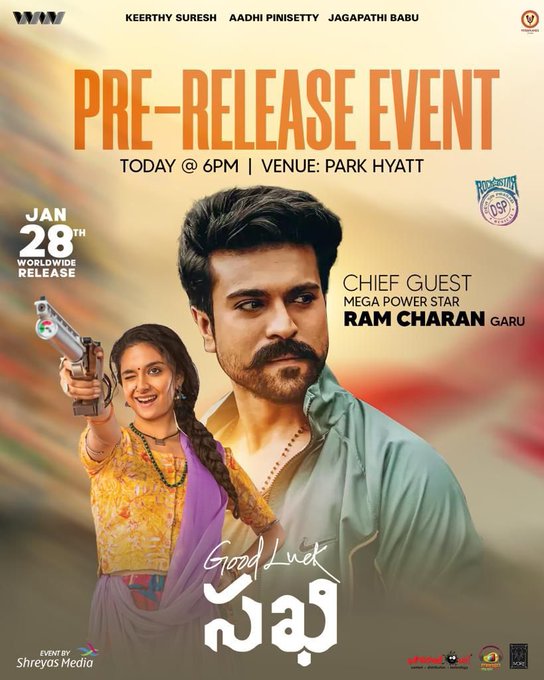 Mahesh fans are thankful to Parasuram

Tamannaah Bhatia nails with style for Cannes
View all stories